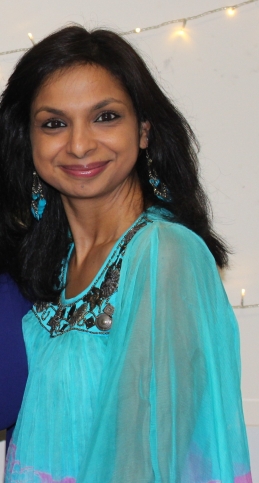 I was always extremely careless about health and took it for granted. In case of illnesses, like most people do, I relied on conventional medicines. Though I am an Indian, I never used homeopathy there and always believed that the DOCTORS KNOW THE BEST. I was never in the best of health but always thought nothing can be done, as this is the way of life and blamed my genes for that.

My journey into Homeopathy started in 2008. My then 6-year-old daughter was struggling with recurrent eczema, asthma, hay fever, poor immunity and nosebleeds. A friend recommended seeing a local homeopath. I unwillingly took the appointment because nothing else was helping her. She was prescribed one pill  on the first appointment and overnight her nosebleeds stopped. Her hay fever symptoms improved greatly. I couldn’t believe it was happening. The GP had earlier prescribed her a steroid inhaler for her asthma. Slowly she recovered from the eczema and asthma too. Eventually, her immunity improved and she stopped having recurrent tonsillitis and ear infections.

My second daughter (then 18 months old) developed a rash that was oozing blood on the upper left arm. She also had rashes on her body. The GP prescribed hydrocortisone creams and said that it was severe eczema. I took her to the homeopath, who gave her another (just one) pill and treated her constitutionally. She told me that this was the adverse reaction to the BCG vaccination that she had. Her rash never returned after that one pill. Both my kids have been treated homoeopathically for last 9 years now.

All of this led me to believe in the MAGIC OF HOMEOPATHY and now I have complete faith in it. I turned into a strong advocate. My outlook towards health changed completely. Since then I have embraced homeopathy as a mainstream medicine to the extent that I aspired to study this fantastic discipline of natural cure to become a qualified practitioner from The School of Homeopathy, Stroud.

Along with the School of Homeopathy, I also studied at Cascade (a Homeopathy School   in Bedford). I learnt a great deal about nutrition, kinesiology, Chinese medicine,  chakras and herbal medicines with Homeopathy.

For me, Homeopathy is the ‘way of life’. It goes much beyond just being an alternative discipline of medicine, but far into the world of awareness, spirituality and philosophy. I have learnt about the power of healing and power of listening. I have acquired patience and tolerance. I have grown into a much better person.

Homeopathy has transformed my life and I hope I am able to provide the same experience to my patients.